Top Features Of The New Sony A7000 For Enthusiasts And Professionals 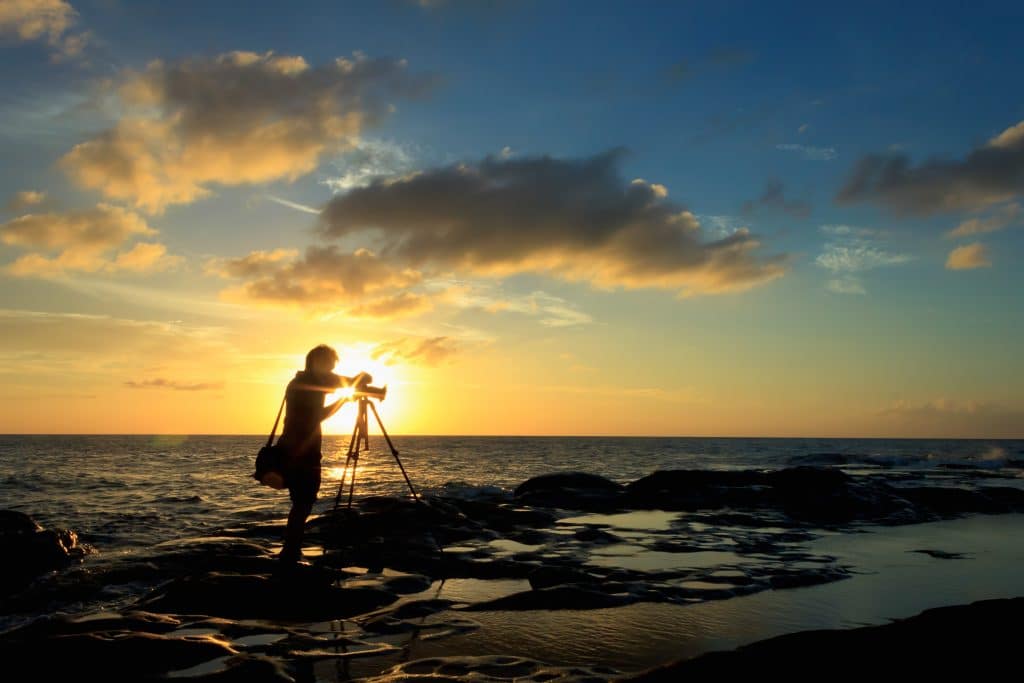 Sony is a major player in the field of electronics and is always pushing the envelope with new products and features, giving Canon a run for its money with advances and innovations. Sony cameras are known for the quality, attention to detail, and features that users want. In fact, rumors began in 2014 that there is a new APS-C camera coming out in the near future, rumored to be called either the A6700 or the A7000. Every year, rumors are updated and revised as this high-quality camera is eagerly awaited. Since the name A7000 seems to be the consensus, we will refer to it as the A7000 for the sake of clarity in this article.

Although it is somewhat compact and a lighter weight than many in its class, this new camera will be aimed at the professional photographer, and the features confirm that. The A6000 is already one of the best APS-C options out there, so the A7000 is excitedly being anticipated as the best APS-C and the first camera system in the world to have a native “on sensor HDR” feature, meaning that both images and recorded video are capable of 15.5 stops of dynamic range. No wonder camera enthusiasts have been keeping watch on this new model since it was first rumored in 2015. Though these facts are mostly based on unconfirmed speculation, we want to share the reasons we are watching it with you.

Why All The Buzz?

Although the A6000 is a proven favorite among enthusiasts as well as professionals, the features getting an upgrade make the new A7000 sound like a little piece of photographer’s heaven. A good camera with all the bugs worked out is worth the wait. Here are some of the features we are expecting to see from the Sony A7000.

The A700’s high powered Lithium-ion battery life is twice as long as the A6500 at up to 700 shots. And since it is rechargeable, its power will last through rigorous shooting sessions. The camera comes with a battery charger to keep your battery fresh and ready. 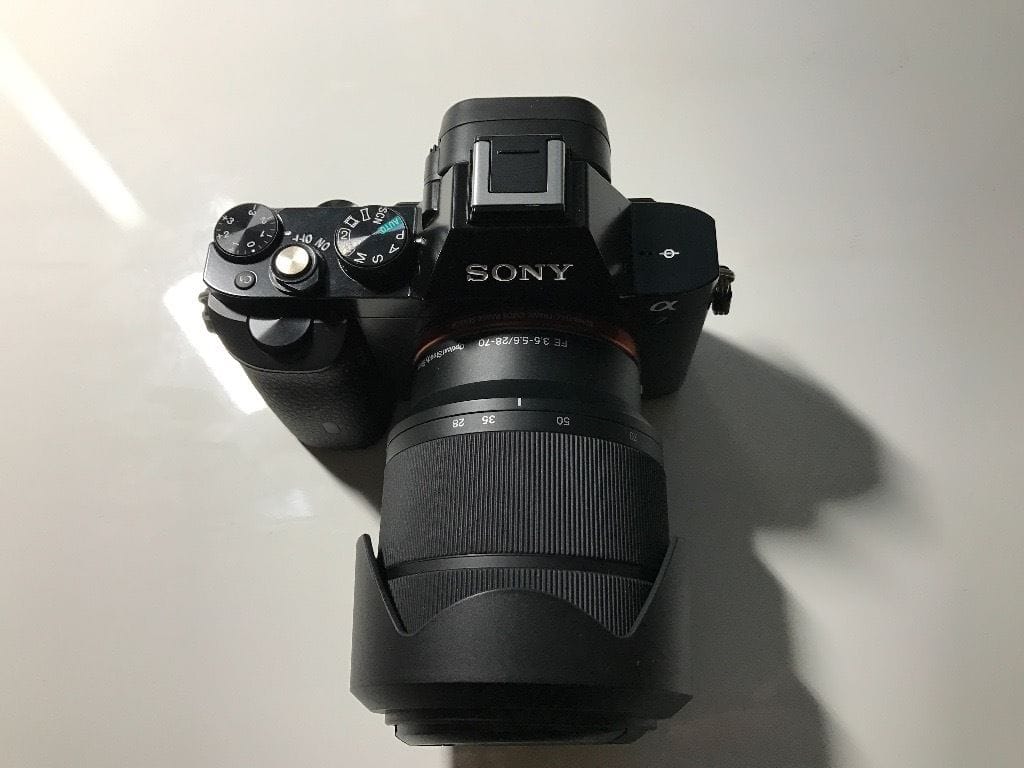 UHS, or Ultra High Speed, is a bus standard for use with the SD card, a standard method for reading and writing data to SD media. A UHS-I enabled card uses an accelerated clock speed in a single row of contacts. Adding a second row of contacts created the UHS-II with the ability to read and write data simultaneously, allowing the speedy transfer of huge amounts of data at a high-speed rate.  They can hold up to 624 MBs, making them worth the cost of roughly two to three times that of an SD card. If the A7000 does indeed accept the UHS I, you will need a USB 3 cable and a UHS II card reader if you choose this option over the standard SD card. This camera supports SD, SDHC, SDXC, MS PRO Duo, MS PRO-HG Duo, and MS XC-HG Duo formats.

Sharing data and files with Android phones and tablets is a snap with built-in Wi-Fi. There’s no need to stop and connect cables or go through a complicated process to transfer your image with NFC capability.

Superior light sensitivity and better performance in low and dim lighting situations are sure to be favorite features. Evening and indoor shots are no problem with this feature.

1200-zone evaluative metering points for amazing detail and clarity. Focus in on a single pupil and track for consistent focus. Compared to those that claim it captures great detail, even in action shots at only 45 AF points, this camera will give astounding, life-like clarity. Auto focus (AF) with improved eye tracking is different from contrast focus. A small beeping from cameras that use AF points signals that the camera is tracking. You will have a choice of focal modes in your menu that will help you get clear and concise images. Using a high level of points assists in capturing clear and clean action shots – perfect for sporting events or wiggly kids.

The A7000 is expected to have a slightly lighter weight and great hand feel, and it also comes in silver. Convenient touchscreen controls and a rear thumb dial make this easy to use. This new flagship camera will have a weather-sealed body crafted of a magnesium alloy, perfect for those who use the camera outdoors. Now you can capture moody shots in the rain or adventurous shots from behind a waterfall, or catch someone on the ski slopes without worry.

Of course, you may not want to use the highest setting all the time, but it is nice to have when you need it. You will want to consider whether you want a grainy or clear shot, the lighting situation, whether your subject is in motion or still, and whether you are using a tripod or hand-held. When the shutter speed is faster or lighting is dimmer, the higher the ISO setting will need to be.

The advanced Exmor RS sensor in the A7000 changes the exposure every two lines of pixels in order to achieve true HDR (High Definition Resolution - similar to alpha Fullframe cameras) video recording. This creates a spatially varying exposure (SVE) array image, which is then used to make an image that is perfectly exposed in both dark and light areas.

Basically, for each frame, the camera shoots one picture with two different exposure levels at the same time, one light and one dark. An intelligent software algorithm is then used to synthesize the two shots into a single image, pixel by pixel, allowing you to see both the light and dark in one composite image, resulting in rich shadows and lifelike contrast.

A still HDR image is also captured twice with different exposure levels, and then the two shots are stitched together to create one optimized image. Through this process HDR lets you capture detailed photographs even when backlit. HDR automatically activates when Superior Auto detects strongly backlit scenes.

The A7000 accepts a number of compatible lenses. You can purchase additional LA-EA3 and LA-EA4 adapters to enable the use of optional Minolta/Konica or Minolta Maxxum A-mount lenses.

This compensates for the shakiness of hand-held shots, to help eliminate blurred images at low shutter speeds, or when using a long focal length. As professionals understand, using the slowest shutter speed possible has been a rule of thumb. Optical stabilization systems stabilize any images projected on the sensor before the sensor converts them into digital data. This will not prevent blurring due to motion or panning, but it is an invaluable feature to still shots.

WhiteMagic technology provides clear images even in sunlight. It swings upward to 84 degrees and down to 45 degrees. This feature is great for selfie enthusiasts or those who need to take shots from down below or up above a subject.

This allows you to frame shots like a pro – crop the shots before you take them. A three-lens optical system and 2.4 million dots offer crisp, highly detailed shots.

What Is The Expected Cost?

The out-of-pocket cost of the new A7000 is expected to be in the neighborhood of $1200 for the starter kit, more than worth it at that price. With the anticipation of its release, Sony could well have asked for a few hundred more.

It is believed that when the A7000 is finally released, the number of photographers purchasing it will be high, many of whom are likely already owners of an A6000, a current favorite among professionals. The A600 will drop in price to around $600 or less, and a glut of used A600s may also be available from those who sell and upgrade to the newer model. Although the A7000 has many improvements that will make it a superior camera, those who can snag one of the previous models will not be disappointed.

To summarize, if you liked the S6000, an excellent model with great features, you might not find it worth the higher price to buy the A7000. However, for enthusiasts and professionals, the upgrades may earn this camera every penny. With the advanced mirrorless lens and superior light sensitivity, shooting will be a pleasure. High ISO speeds and a fast hybrid auto focus with multiple points offer crisp, clean details, and rich colors and gradations. The fully articulating screen makes taking shots from any angle a breeze. In-camera stabilization helps with motion shots and hand-held shooting. Overall, this sounds like a camera worth waiting for.