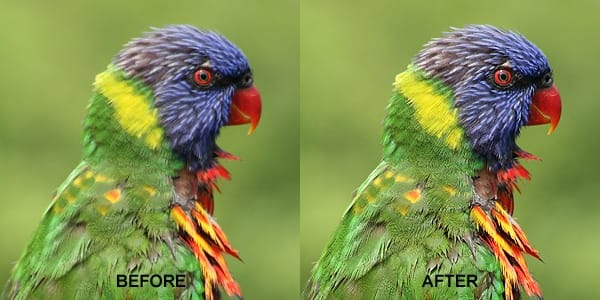 Sharpening images can be a great tool for drawing viewer focus and emphasizing texture. It’s also something that pretty much all photographs will need to do at one point in their lives.

The sensors and lenses of digital cameras always, more or less, blur an image and this requires correction. Image sharpening can be done with various tools, but no matter what tools you choose, you need to keep in mind that image sharpening needs to be done in moderations, otherwise sharpening artifacts will appear. When done properly, though, image sharpening can take an average picture and turn it into a spectacular one. Find out more in this brief guide to image sharpening.

Amount controls the overall strength of the sharpening effect and it is listed as a percentage in most cases. 100% if often a good starting point.

Threshold is the setting that controls the minimum brightness change that will be sharpened. It’s the number one setting that one needs to use in order to avoid sharpening noise.

As a general rule of thumb, it is recommended that one first optimizes the radius setting, then the amount and only then the threshold. As is generally the case, you may need to play around with the settings until you get the results you want.

Here are some bits of advice for image sharpening software: