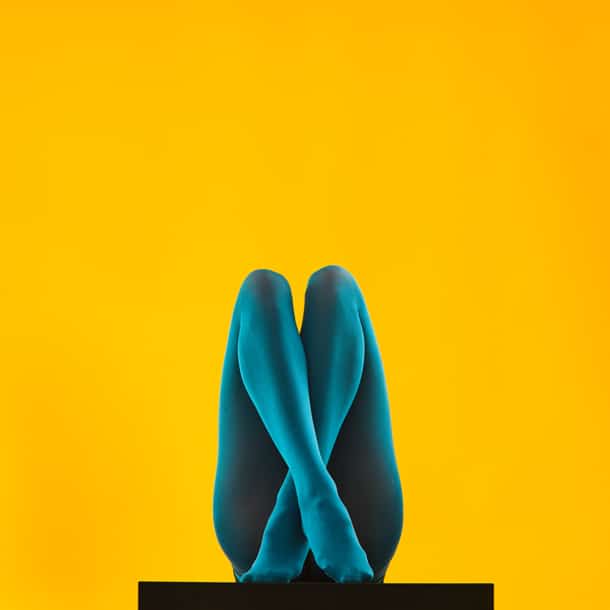 Here are some awesome creative photo ideas for you to try along with the necessary tips to achieve the looks and style in these photos. These are very useful for both professional photographers and amateur ones who want to have a little fun with some beautiful shots.

Seeing how winter is coming to an end, why not try to lift up everybody’s spirits by shooting a very vibrant and colorful image. This is a great technique used by Dan Comaniciu, a fashion photographer.

He says that you don’t have to make your model wear very brightly colored clothes or use a colorful backdrop, as it is quite easy to edit the whole picture in Photoshop.

Even though it’s very easy to edit the photos‘ colors in Photoshop, it helps to have the right lighting when taking the picture. The photographer used two Hensel lights along with strip soft boxes on the sides of his subject, at around 90 degree angles. This gives the subject a very special almost sculptural feel.

It’s very important to light your backdrop uniformly. Comaniciu made use of two flash lights, shot with the same levels through his soft boxes, pointed at the backdrop. 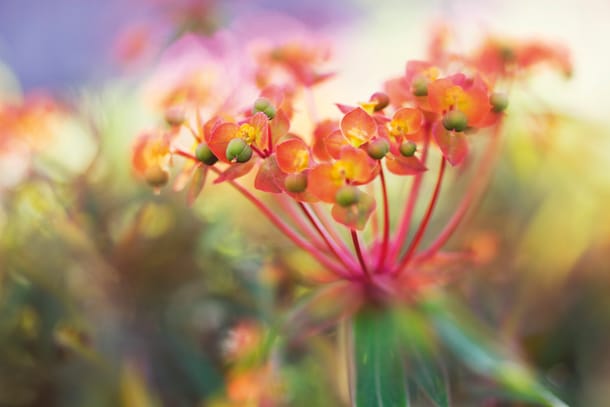 Explore the miniature world that surrounds you. Macro photography lets you be creative and capture very beautiful images without leaving the comfort of your home.

There are a lot of subjects you can shoot by using macro photography. You may choose to go more traditional and shoot nature and flowers, or you may wish to use more abstract angles and shoot a regular object such as a spoon. Shooting water drops hitting a surface seems to work pretty well too.

There are some rules you must follow when shooting macro photography, though. To capture a great image you will need a macro lens with a ratio aspect of 1:1. However, if you don’t own something like this, you can improvise and connect an extension tube to whatever standard lens you have.

The aperture setting is one of the most important aspects when it comes to macro photography.

Because of the very close proximity in which you take your shot, the depth of field looks to be very low, even when you close the aperture.

A great technique used in macro photography is to take more shots with different exposures and different focus points and edit them all together to form a single sharp image.

Tips for the Creative Photo Ideas

You will need a tripod because you will be forced to shoot using a very narrow aperture setting.

You might want to use an additional light to make your subject look great. LED panels are a very easy and fast solution.

To end up with very sharp images make use of the Liveview feature and switch the setting of focus to manual. Make sure your focal point is very sharp before taking the shot.

Shoot people on the go 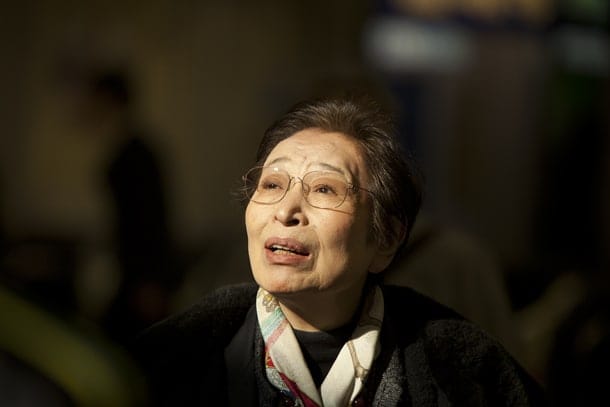 Taking digital photography shots of random people on the street may seem a little challenging, but busy centers are filled with great opportunities to shoot great images of people on the go.

Photographer Adam Hinton made a trip to Tokyo to work on a personal project.

He said that his initial intention was to photograph people on the streets of Tokyo on their way to work. He wanted to make a purely esthetic project with no social commentary whatsoever. However, Adam did say after starting the project that people who are on their way to work often look focused, serious and very tired.

He shot the images by standing in the center of the busiest street in Tokyo in the morning rush. He took shots of every person who walked through a beam of light that he spotted in the crowd.

The photographer advises everyone not to be gimmicky in their approaches. You should avoid signs or humor and look at the subject aesthetically to understand what statement you’re making.

Don’t carry a lot of things with you as you will want to stay very light when shooting in a large crowd. 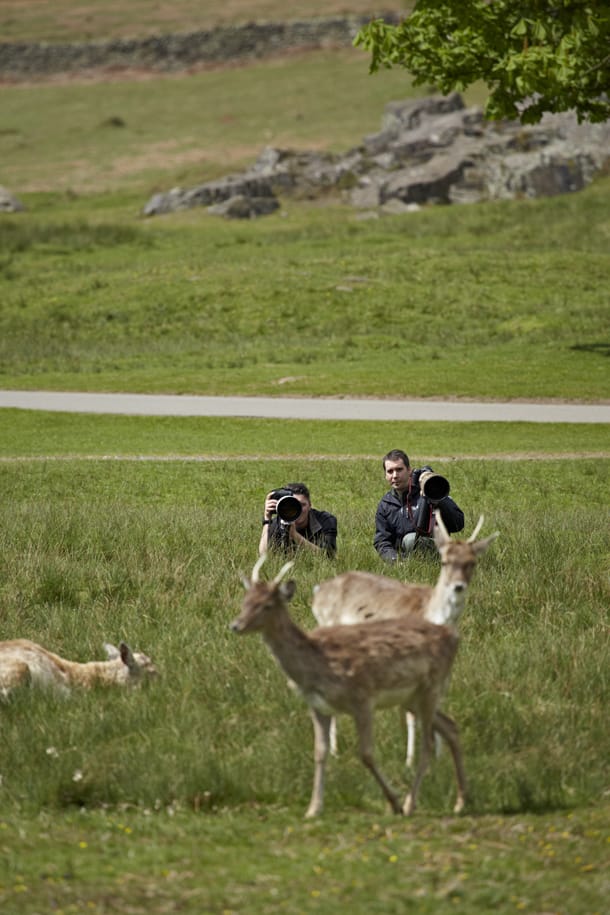 You don’t have to travel to Africa to get great shots of wildlife and Jamie Hall proves this with his amazing photographs.

He said he wanted to shoot deer in an urban location to stand out of the crowd and he went in different parks and woods in cities where deer usually were hiding. The photographer said that you must study their movements as they are creatures of habit. After studying them you will be able to predict where the animals will go.

He said that even though deer are going in urban environments they’re still very nervy animals and you won’t be able to get too close to them. You must really be aware of the creature’s habits to get great shots of the animal.

Do some research in order to find out where your local wildlife can be found.

Jamie said that in most shots he used shutter speeds of 1/30 seconds to 3 seconds. This means that you will have to take shots of the animal while it’s standing perfectly still. 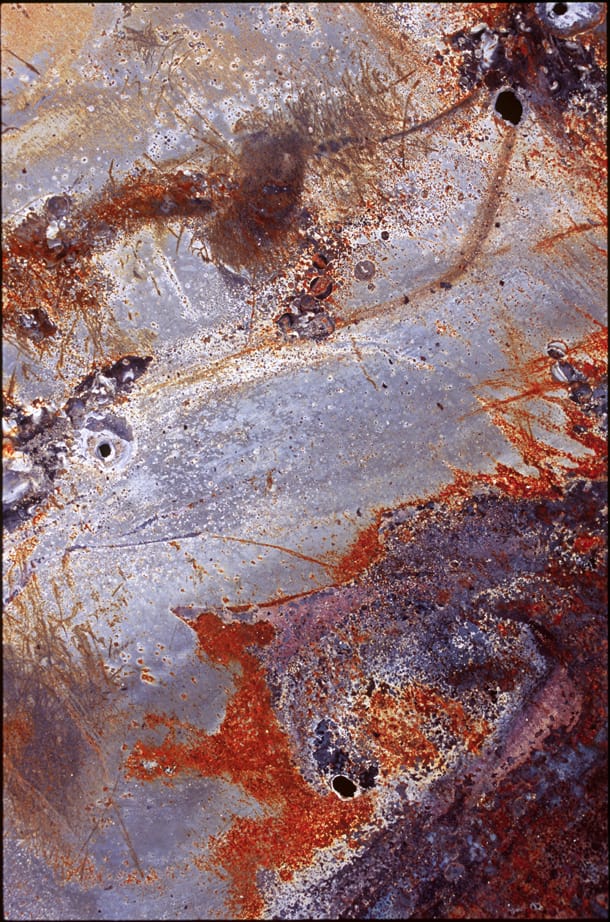 You won’t have to travel very far to find some amazing shapes, patterns and textures in man-made environments and natural ones.

Mark Mason shoots what he refers to as threatened things, temporary things and hopelessly out of the way objects.

He explains that the textures, colors and shapes of an object are vessels such as words in a poem that helps him explain what he feels at the moment he’s taking the shot.

The image is shot in an auto graveyard close to Route 66. He chose not to photograph the rusty cars and instead captured fascinating textures and patterns in the metal of those cars.

He doesn’t recall the exposure he used but says he mounted the camera on a tripod so most likely he used f/5.6 because that metal was flat.

It’s very important to have great lighting when taking the shot. Mark says he was standing in the shadow of a trailer but the dirt on the metal reflected the light coming from the sun evenly.

So there you have it. This was our list of some creative photo ideas for you to try this March.