Do you feel like a creative pioneer? Then the new shoot now, focus later Lytro camera might just be the gift from the gods of tech that you’ve been waiting for. This little gem, whose full commercial name is Lytro Illum, might just be a game-changer on the photographic scene, whether you like to think of yourself as an artistically-inclined amateur, or a professional with significant experience in wedding photography or other business niches. There are many amazing things worth mentioning about the Lytro Illum and we’re going to delve into them below, in a quest to figure out if it really has the potential to change the future of photography. 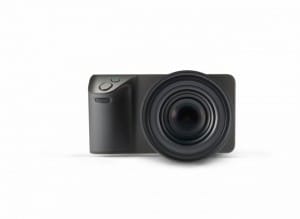 Getting the focus right is one of those challenges that photographers are faced with at all levels of experience, which is why Lytro set out to solve this conundrum. They came up with an innovative technology called Light Field, which is basically the foremost innovation in the shoot now focus later Lytro camera. Until Light Field came around, one could ‘trick’ the focus into the image post-factum, but this technology allows you to do so without any additional means, such as photo-editing programs. You get to do so in-camera!

A camera, not a toy

Before the Lytro camera was released, in late April of this year, Lytro had also developed several tube-like devices, which looked more like slide-viewers than actual cameras. In came the bytecam, as they call it, which looks entirely like a SLR is supposed to. Its body is made of magnesium and aluminum, it comes with a fixed lens, and an 8x optical zoom, which is the equivalent of a 30-250mm lens. The f/2 aperture is constant and the shutter speed is 1/4000. The lens also has an extreme macro capacity, which allows you to take macro shots from almost no distance at all. There’s also a hot shoe for external flashes, a 1in image sensor, a 4in tilting display in full color, a glass touchscreen and a 480 x 800 px resolution.

It’s all ‘bout the software

Aside from Light Field, the shoot now focus later Lytro camera is able to pull off this feat thanks to the software it contains. It comes with a “Lytro Button”, which basically enables the photographer to see all the depth-of-field options each shot contains. You can play around with the focus, the perspective, the d.o.f., and the tilt, in ways in which conventional cameras would never allow you to, since they would be fixed. Additionally, you can create 3D images, change the focus with the movement, for animations, and export .jpeg images. Bonus: the camera is fully compatible with Lightroom, Photoshop, and Apple Aperture. It also comes with an unprecedented 40 megaray resolution, an upgrade from its predecessors’ 11 megarays.

All of the above sound great in theory, but what is it that makes this camera unlike anything that came before it? It’s actually the way it ‘understands’ and processes the light that passes through the lens. With regular cameras, light is processed as a sum of rays that illuminate each pixel captured. This one, however, captures much more information. It analyzes all the rays of light that are present in a scene, hence allowing for post-shooting modifications. So, does it stand a chance at changing the way we take pictures? Its supporters certainly believe so and the camera is being marketed as a “transformational concept”. However, some of its more vocal critics remain skeptical, mainly due to pricing reasons. They considered the initial Lytro camera expensive and this new one costs almost four times as much. Does it compensate, in terms of abilities and design? Time alone will tell.