Being a Portrait Photographer: the Dos and Don’ts 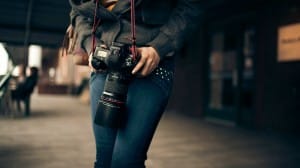 In many lines of work where you have to deal with people, having special people skills is a must. The famous “bedside manner” of doctors is just the tip of the iceberg, since many, many jobs involve having an adaptable and light social touch, especially when the job is a serving one. But being a photographer isn’t really regarded in professional mediums as being one of those serving jobs where your diplomacy and people skills are that important, since being a photographer, as we all know, equates more or less to being an artist. While that last statement is by all means true enough, the corollary is that it’s the type of artistry where those sometimes dreaded people skills do matter, since you need to negotiate with people (your present and potential clients) the exact vision they are looking for and the point of view you are trying to convert them to. This couldn’t be truer than in the case of portrait photography: not only do you work with people that commissioned the photos to deliver what they paid for, but sentient humans are the subject(s) you have to actually shoot in those photos as well. To make sure you don’t leave any kind of bitter after-taste, make sure you take these dos and don’ts into consideration when interacting with people as a portrait photographer.

People who want their portrait taken want to feel pretty, and some of them might even be a bit extra sensitive about how they look or have bodily image issues. Be careful not to make anyone feel uncomfortable (not on purpose, of course) by suggesting they would look better in a different pose or angle, in a way that reminds them of their potential flaws. On the other hand, you can’t allow someone to really pose in a way that brings out their flaws, because then the bad result would be on you anyway, so keep in mind that it’s a thin line and you must keep the balance in the most pleasant manner possible.

Don’t be afraid to suggest spontaneous changes of plans

If during a photo shoot for a series of portrait you suddenly get an idea to do something that wasn’t originally part of the plan, suggest it right away. Maybe you’d like to invite someone else in the client’s circle to join the client in the photo frame, or maybe you want to get out of the frame altogether and try shooting in another environment, even one that hasn’t been prepped for the shoot. Whatever your idea is, try voicing it out, with confidence and tempered enthusiasm, you don’t know what good may come out of it, and the people you work with will appreciate your dedication and creativity. If they don’t seem open to the idea, don’t push it, of course; but even so, it still strengthens your professional image even if they don’t resonate with your proposal.

Try your luck with strangers (in a non-awkward way)

If being a portrait photographer is your thing, then you probably agree that people are a fascinating thing to watch and make for the most interesting subjects. Why don’t you try out your luck the next time you go for a long walk and, if you find someone interesting to take a picture of, approach them? It will not only be a good chance to further develop your people skills, but you may be surprised of the good works that can come out of a spontaneous thing like that. Take a look at the Humans of New York photo project, if you don’t know it already, and you’ll know what we mean by it. The more you try to talk to people about it, even if you get rejected, the more you can explore what kind of approach makes them uncomfortable, or work out a more reassuring and trustworthy professional persona.

Since being a portrait photographer means working with the public and directly with clients even more so than other branches of professional photography, it’s important to brush up on your people skills in other areas as well. Your overall reputation and business card-like things, for instance. Brush up on your skills of amplifying your impact and image within social media hubs, work towards making the people who are satisfied with your work be more visible as well, while tagging you directly, and you’ll attract more potential customers than in any other way.