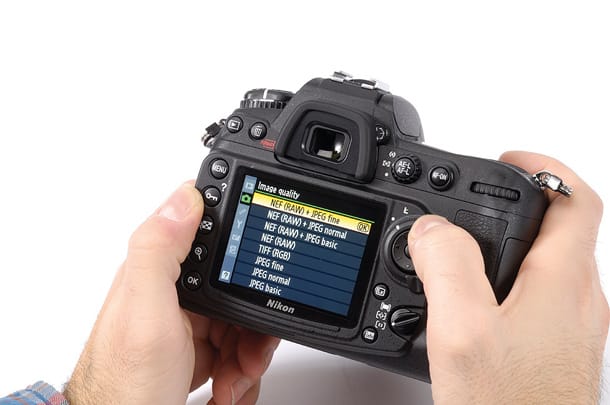 If you’ve been shooting weddings or anything else, for that matter, as a professional, for at least some time now, then you’ve definitely been told you should always shoot in RAW format. Now, if you haven’t been around the photography circuit for long enough, you might be wondering what all the fuss is about. After all, it’s just another file format, right?

Wrong. RAW is the format that any and all photographers should care about, if they have any claims to make about being a professional. See, the difference between shooting in RAW and using any other file formats is that the other ones will always compress the data captured by the sensor on your camera. This way, the information will be lost and your processed, final photo will inevitably suffer in terms of quality. File formats like JPEG also produce a series of errors, which you can’t correct – as you would be able to in RAW. Here are the top four reasons for which you should always shoot in RAW format and nothing else.

This one has been lightly touched upon above: when shooting in the RAW file format, you lose no data, of everything the sensor on your camera picks up on. And this format has even become accessible enough for compact point-and-shoot devices, so there’s no reason why you, the owner of a professional level DSLR should opt for anything else. If you opt for JPEG, you’re essentially allowing your camera to process the image as it sees fit, which takes a lot of your creative input and decision power out of the process of picture making.

To say that RAW file formats are brighter is an oversimplification: in fact, images shot in this format simply come with more levels of brightness than any other formats. Compare it with the JPEG – it’s only able to record 256 levels of image brightness, as opposed to the staggering 4,096 to 16,384 levels that RAW files are able to reproduce. In other words, while JPEG is only capable of 8bit image captures, RAW files can support anything from 12bit to 14bit. More levels of brightness means smoother transitions between different color tones in the image you produce. It also entails the freedom to correct exposure levels, highlights, shadows, recover distorted areas, and toy with the contrasts, to name but a few perks.

A lot of photographers who do no action shoots will tell you that the file format is, at most, a last resort for correcting bad exposures. In a certain sense, they are right: you will always get the best exposure in camera. However, at times it’s next to impossible to expose the image right under pressing, dynamic circumstances such as those often encountered at weddings. That’s where all the information stored in a RAW file steps in and allows you to correct exposure levels in post-processing, without a sensible decrease in picture quality.

RAW gives you the right to decide on white balance

Do we need to explain just how important white balance is for photography in general, but for wedding photography in particular? Hopefully not – but since we’re trying to determine you to always shoot in RAW format, we’re just going to mention that, when you shoot JPEG, the white balance is automatically applied by the camera, without your specific input. RAW files do also record white balance levels, but they also allow you the choice to intervene later and adjust the amount, so that your colors come out just the way you want them to (and not your camera).