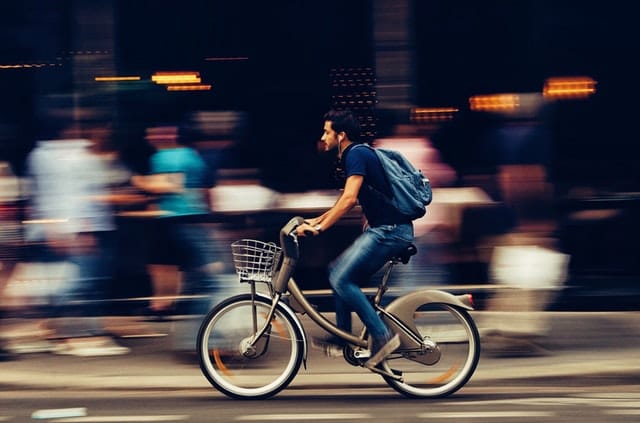 To me at least, high speed photography (HSP) seems like one of those modern contrivances that was hammered out in the mid-to-late 20th century. It seemed cool but not particularly useful- a novelty that’s fun for checking out a rebounding droplet of water in freeze-frame close-up or a hovering orb of water still holding the shape of the water balloon that’s just been popped around it. Little did I know I was very wrong on both counts.

Eadward Muybridge was a household name back in the day but, surprisingly, not for deciding to spell his first name in an exceedingly strange way or for the premeditated execution of his wife’s lover and subsequent acquittal (despite all that being the case). Muybridge was/is famous for his pioneering work in HSP… in the 1870s. Muybridge was hired to settle a bet on a hotly-debated topic: Are all four of a horse’s feet ever off the ground at the same time during a trot? 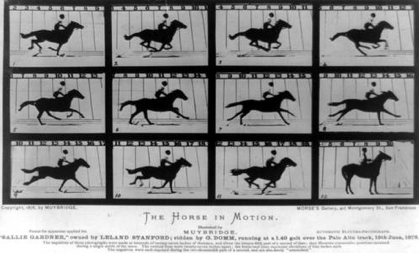 Using a series of cameras, each triggered by a thread across the track, Muybridge captured a horse at trot. Indeed- all four of its feet did leave the ground at once. Slightly more importantly, Muybridge’s photos were a sensation, carried by prestigious publications like the Scientific American and widely celebrated. They are also arguably the first ever “moving picture” and were a big chunk of the base on which film and video recording cameras were built.

Primitive as Muybridge’s work would be by our standards today, his contemporaries benefited from it scientifically for precisely the same reason it benefits us now: HSP allows us the opportunity to capture images that are too fast for the human eye (brain) to register. Since Muybridge’s horse we’ve been using HSP to freeze moments and learn from them.

One of the most important and perhaps infamous uses of HSP for scientific gain was Harold “Doc” Edgerton’s “rapatronic” cameras used for recording nuclear explosions. Before Doc Edgerton’s photos the physics and mechanics of how an atomic weapon

exploded was unknown- they just saw a big fireball. The rapatronics changed that and did so with an almost unbelievable shutter speed. The totally top-shelf digital SLR camera in 2013 has a shutter-speed that tops off at 1/8000 (that’s one eight thousandth of a second). The rapatronics snapped a shot one ten millionth of a second after The Bomb detonated, from seven miles away, with an exposure time of around ten nanoseconds. Not too bad for a guy working in the early 1940s.

A less controversial and perhaps more universally applicable advance is Bell Labs’ use of HSP to work out a kink that had been hampering the speed at which electrical switches and relays could be respond to an electrical current. Electrical switches and relays create a conduit that transmits electricity for some purpose by bringing two contacts together- completing a circuit. However, for some analogue and logic circuits there wasn’t a clean, full current being applied consistently, which disrupted data streams.

Their employment of HSP revealed “relay bounce”. The contacts were usually made of dynamic metal with some spring. The momentum of the meeting contacts and the elastic spring in them both caused a bounce apart, breaking the circuit. The discovery allowed for the engineers to sort the problem out, paving the way for the incredibly fast circuit relays our precision electronics enjoy today.

Medicine has benefited substantially from the emergence of HSP. One of the recent breakthroughs involves the use of HSP to study micro-“Quantities” within a body. Understanding the change of those Quantities- like the increase or decrease of microbes causing or responding to a disease- can play a significant role in any treatment options (like medication dosages, etc.). 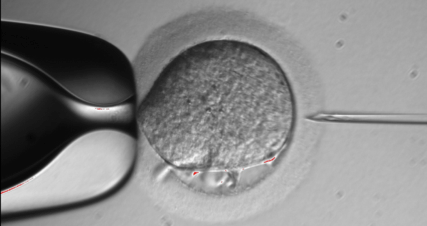 HSP has likewise been used for ultrasound studies of cells- a capability that will prove beneficial for both diagnosis and treatment. Of particular interest is the use HSP in tracking “medical microbubbles” for their potential drug-delivery applications. These microbubbles can be used as “sonoporation” agents; sonoporation being the introduction of foreign material directly into a cell.

Microbubbles with thin lipid shells act as “microsyringes” capable of delivering a drug in its gas phase directly into a cell. That means drugs could be delivered to a specific region with great precision. Using sonoporation to deliver targeted drug doses to tumors for instance could mean less reliance on broader-spectrum, harsh, destructive, painful treatments like chemo or radiation therapies.

HSP has been instrumental in the development of bioprosthetic heart valves, cutting edge optometric/ophthalmological research and diagnosis and too many other areas of medical interest to list here. Obviously this has been just a very cursory list and HSP continues to expand the canon of human knowledge regarding laser welding, military propulsion and micro-propulsion, gravity and surface tension, paint and pigment mixture, laser printing and microfluids (including those used for development of “DNA chips”), physical movement studies, car crash testing and a great deal more. Exciting as those applications are, what we have yet to discover is even more so.