4 Tips To Crowdfunding Your Photography Project 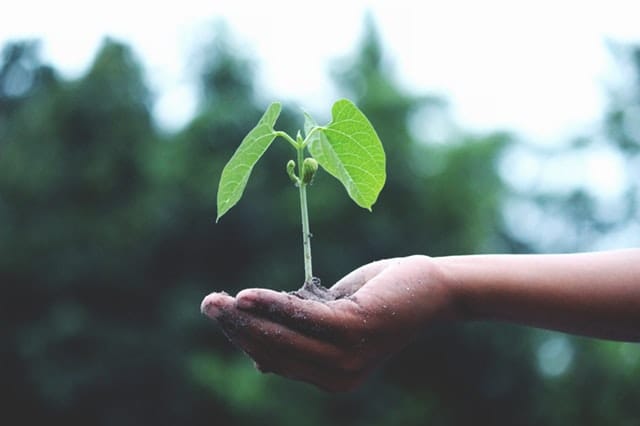 While it may seem like a “pipe dream”, it’s a reality for many business owners. Thanks to crowdfunding, ideas that people only use to dream about can now become a reality.

The great thing about crowdfunding is you don’t have to rely on heading to a bank, using credit cards, or finding an angel investor to come up with funds for your idea. Now you can put your focus on your project and how you will develop it – then choose the right platform to put it on and people will have instant access to your material.

What? Still have problems following the crowdfunding philosophy? It does take a bit of time to understand, especially if you’re new to the whole entrepreneur world anyway. 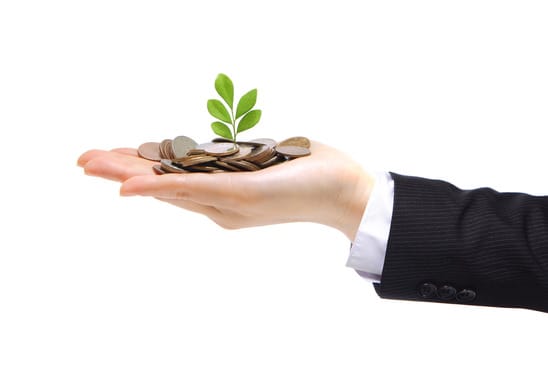 According to Scott Steinberg author of The Crowdfunding Bible (it’s a free downloadable book that I would highly recommend if crowdfunding is in your future), crowdfunding can be described as the process of asking the general public for donations to provide startup capital for a new venture. You can avoid the traditional methods of gaining access to capital – writing up a business plan, doing projections, creating a pitch presentation, flying from one city to the next to present – and simply create something that appeals to the people looking on the site. You create your idea and present it through words, photographs and videos right on the site. You offer special rewards at different price levels to those that pledge their support. And when you reach your goals and are fully funded, you can run with your project.

According to the Crowdfunding Industry Report, 452 crowdfunding platforms worldwide raised collectively almost $1.5 billion and successfully funded more than one million campaigns in 2011. The numbers were expected to double for 2012, thought they haven’t been reported yet. And after following a number of projects myself, I wouldn’t be surprised if 2013 breaks records yet again.

Crowdfunding is definitely the future of getting new ideas into the marketplace. Especially with new regulations such as the JOBS Act that will loosen the regulations on fundraising for companies.

Got your interest? Think you have a great photography project perfect for the crowdfunding community? Then maybe its time to put your ideas into action.

Have a solid idea

Crowdfunding may sound easier than the traditional routes of gaining access to money, but it still requires a solid idea from the beginning. What are you planning on offering the world? Is it a product or service? Will you be creating the next camera gadget that people across the globe will desire? Or do you have the idea for a book or documentary that will bring light to a new situation?

No matter what your idea is, make sure you fully develop it before you crowdfund. Can you describe it in a few sentences and have people get excited about it? Can you present it in such a way that people “get” what you are trying to do?

Try your idea out in a one to one situation with family, friends and trusted acquaintances before you put your idea up on a site for the world to see.

Create a sellable vision for your product/service

Once you have your idea, its time to create your sales platform. How will you sell it to the crowdfunding audience?

Start by looking through the many platforms in existence. Some are specific for industries; some have a huge reach because of their growth over the past few years. The biggest isn’t always the best for your concept. Take the time to go through the sites and determine which has the right concept for you and your idea, and which has the kind of investors you need to fund your project.

Plan out the project from beginning to end

Planning a crowdfunding project does take a lot of upfront work. Not only do you have to solidify your idea, you also have to create enticing rewards for the people that follow you. 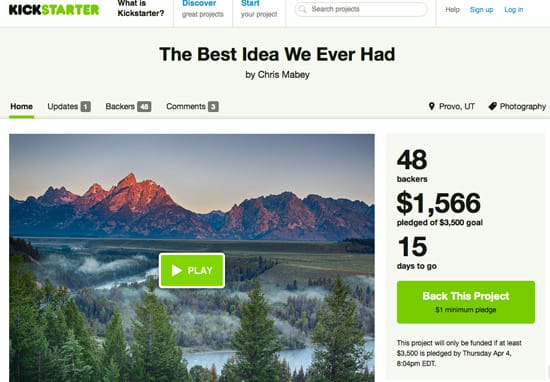 For instance, on the Kickstarter site now is a project The Best Idea We Ever Had, a project that wants to photograph how the national parks are being affected by budget cuts and show why they are worth protecting. He has 10 levels of sponsorship available – from $10 to $500+ – with rewards including an ebook, framed images, and fall photo workshop.

As you plan, consider how you will entice people to invest – how will you design your page or project on the crowdfunding site itself, and how you will satisfy all requirements in the event you are fully funded. While you can never understand all the details until you experience them, you should have a pretty good layout of all you will do from beginning to end so you won’t have huge surprises along the way. Study existing projects – both open and closed projects – and learn as much as you can.

While you may gain a lot of exposure simply by being on the crowdfunding site, remember no campaign is successful on its own. Make sure you build your backup system well before you need it. That includes having a website, social networking profiles and email lists of people that love what you do.

Setting up a project is only your first step. Once it’s set up, you’ll see more traction and leverage your position on the site much easier if you can go out to your audience and have them immediately support you. The bottom level rewards are great to start building traction – and they are easy to get if you already have a wide and diverse audience following you for other reasons. Then build from there.