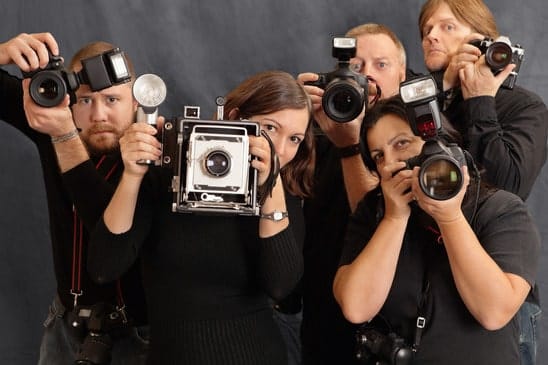 “This has always been a MAJOR problem for me. And namely, it’s articles like this that say “sell it at it’s real value” or “charge what it’s worth” or other such statements and then don’t go on to say what something is worth. I have no idea if a 16x20print print is worth $200 or $6,000…Where do I get THAT information? NO ONE EVER GIVES THAT INFO. Should I charge by the hour? Or per project? Why would charge $300 for a regular portrait session but double that for a glamour session where they’re essentially the same thing? How do I decide to sell my basic wedding package at $4500 instead of $1900 even though nothing has changed?

The lack of this sort of information is what prevents a lot of photographers from charging accordingly. If you go to a bodyshop to get work done on your car you can expect to pay around $75 an hour for labor. If you go grocery shopping you can expect to pay around $4 for a gallon of milk (4 litres for those of us in Canada). But photography [prices range SO much, no one actually knows what to charge and that’s the biggest problem I ever have; knowing what to charge AND justifying to my clients why I charge that much.

If only the industry could work together to make things more even on the playing field it would probably help a lot.”
~ Dave Wilson

I received this comment a day ago, and as I sat there typing up a response, it got longer and longer. I knew this is probably something more than one of you have had questions about, so I decided to make it today’s post.

Thanks for your comment. Now lets dive in and let me share with you why giving you an exact price is impossible. (Don’t get frustrated yet, I’ll share a lot to help you out!)

If you go grocery shopping and buy a gallon (or 4 litres) of milk, you will pay around $4, depending on your area. The reason you do that is milk is a commodity. It’s a product. Grocery store A pretty much sells the same milk as grocery store B, hence the reason its always around $4. You may pay $5 if you run to a convenience store, but you expect to pay more because its convenient. Likewise if you decide to go organic, you will also pay a bit more because there isn’t the same demand for it and it has a higher value. But milk is milk. Nothing makes one gallon of milk better than the next.

Likewise, if you go to a bodyshop, they pretty much all do the same level of work. Your car has a scratch or a dent, and they simply have to make it look like “new”. If one worker doesn’t do a good job, or doesn’t show up for work, they can hire another one to replace him or her immediately. Yes, there is some skill. But it is a learned skill; one you can teach anybody quickly. Which is why from bodyshop to bodyshop, they pretty much charge the same amount. They have parts and labor to account for when coming up with their pricing structure.

Now we move to photography. If we treated photography like milk or like a bodyshop, we would train photographers to place people on an X in front of a backdrop, take the shot, move them to a computer for showing and selling, and send them out the door with photos in hand. The only training for the “photographer” would be to roll down the right backdrop, insert the appropriate prop on spot X, place people on the appropriate spot X, push the trigger, and do a little computer work. And yes, if this sounds familiar, its because these types of studios exist all over the world. Big box stores saw the opportunity and jumped on it.

But look at those images. Those are the photos that are the “cheesy” images. They are the ones that get placed in those “awkward photos” books and sites you see online. There is nothing magical about them. They are simply snapshots tracking a moment in time.

Let me move to one another point for a moment. If you have a child, chances are they took an art class in school. And chances are they brought home one painting at some point that made you say “wow”. You framed it and hung it on the wall because you were so proud. But what value did that have? Could you sell it on eBay for $100? Or $1,000? Probably not. Not because it wasn’t good – you loved it. But because no one else would place any value on it. Your son/daughter doesn’t have a “name” or a brand. They have no pull in the art world. They don’t have a following. They don’t have any value in their brand to make it worth anything.

But what about Van Gogh? Or Monet? Or Picasso? They still used paper and paint, just like your child did. They framed their painting, just like you did. Yet it has more value. Why?

Its because they built up their reputation as an artist. They studied. They learned. They practiced. They developed their own style – a recognizable style. They were noticed in the art world. They built up a name for themselves. Other people perceived the value in it and drove up the price. Others could imitate, but by having a “Picasso” name in the corner, it automatically had more value. People want to have a piece of history – they want to be able to be a part of that reputation and are willing to pay for it.

Professional photography is the same way. A professional photographer is more than a “point and shoot” and labor business. Its an art form. I guarantee if you see an Anne Geddes, you know instantly that she took the image. Or an Ansel Adams. Or an Anne Liebovitz. Pick your favorite photographer – I’m sure you can instantly recognize their work. Its because they developed a recognizable style and have become famous for it.  Its their brand. Its their reputation. Sure, you can have your baby’s first portrait taken at the big box store. But to have an Anne Geddes image? Wow!

When you start out in photography, your pricing is probably similar to everyone else. You don’t have a name and your priced accordingly. Yet if you stick with it in this business, your reputation will build. And them more known you become within your niche, your industry, your community, the more you can charge.

When we first started out in wedding photography, we didn’t have a name. Our packages were like everyone else’s.

So I guess, Dave, what I’m saying is photography is different because of the type of business it is. A 16×20 costs pretty much the same everywhere, at any lab. Yes a professional lab will cost more than a consumer lab. But still, you can get a 16×20 for lets say $5 to $50. But its not the materials that make it worth something. It’s the image printed on the paper/canvas, and the reputation of the photographer that gives it value.

A 16×20 can be worth $200 or $6,000. It all depends on how much you put into building up your business and your reputation, and how well your niche and community perceive you.

Only you can decide how much work you’re going to put into building that reputation, and how much your photography will eventually be worth.