Photography + Small Business + PIPA and SOPA = Death To An Industry

A couple of weeks ago, I posted Why SOPA/PIPA Affect All Of Us to help you better understand two bills that were before congress and the impact they could have on us all. I’ve been involved in groups for the past couple of years that have been watching and fighting this “concept” as it makes its way through both state and federal levels again and again.

I was happy to see both tabled and not put forward for a vote. But again, they were merely tabled, not stopped. Which means they will surface again. And probably again.

So of course I keep following what people are saying and what industries support these types of bills – and which ones are against it.

I was very surprised a week or so ago when PPA came out with a post on their site and also proceeded to email it out to their members. If you haven’t read it, head over and read it now.

SOPA and PIPA – Don’t Be Fooled

There are many things wrong with this lines of thinking – so many I could literally go line by line. But the one item in particular that stands out to me is:

“So when a behemoth corporate money-maker like Google attempts to stand on the backs of photographers to increase its profits, we as your association take exception.”

Yes I will agree, Google is a huge money making company. Yet they stand up for keeping censorship at bay and work to give everyone free reign to promote and do as they will to make money as a small business. They work to keep the playing field as equal as possible for everyone online. Google isn’t alone – Wikipedia and others all have the same 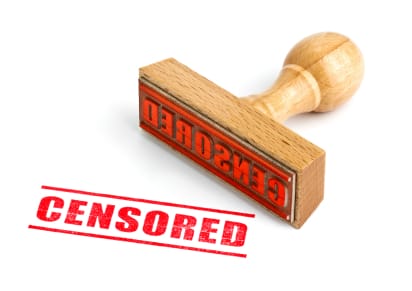 approach to Internet regulation. Which is why a great majority of them went dark to support defeating the SOPA and PIPA regulations. And will continue to do so again and again.

There are two ways of looking at business today: old school or innovative.

The Internet made old school obsolete. If you’ve ever read the book “Who Moved My Cheese”, old school associations and businesses are still in the old store room, looking for “cheese” that has long since disappeared. Yes, there are still ways of making money with old school thinking, but they are drying up quickly. Not just in photography, but in every industry out there – think newspapers and book publishing.

Yet the Internet is what is allowing small businesses to be truly innovative. You can use sites like Google, Yahoo, Facebook and Pinterest with simply an investment of time (occasionally a little money) and a whole lot of magic to create a business beyond your wildest dreams. Its you, your innovation, a little time, and magic can truly happen.

Who is threatened by that? Old school businesses who like things the way they always were. We will never go back to the way things were. The only way to move forward is to allow us to keep the playing field as equal as possible.

Here are how others are sounding off

The Foolish PPA is Pro PIPA and SOPA

An Open Letter to David Trust and PPA

And a few statistics to show you where others stand: