Ethics And The Never Ending Pursuit Of Wedding Photography 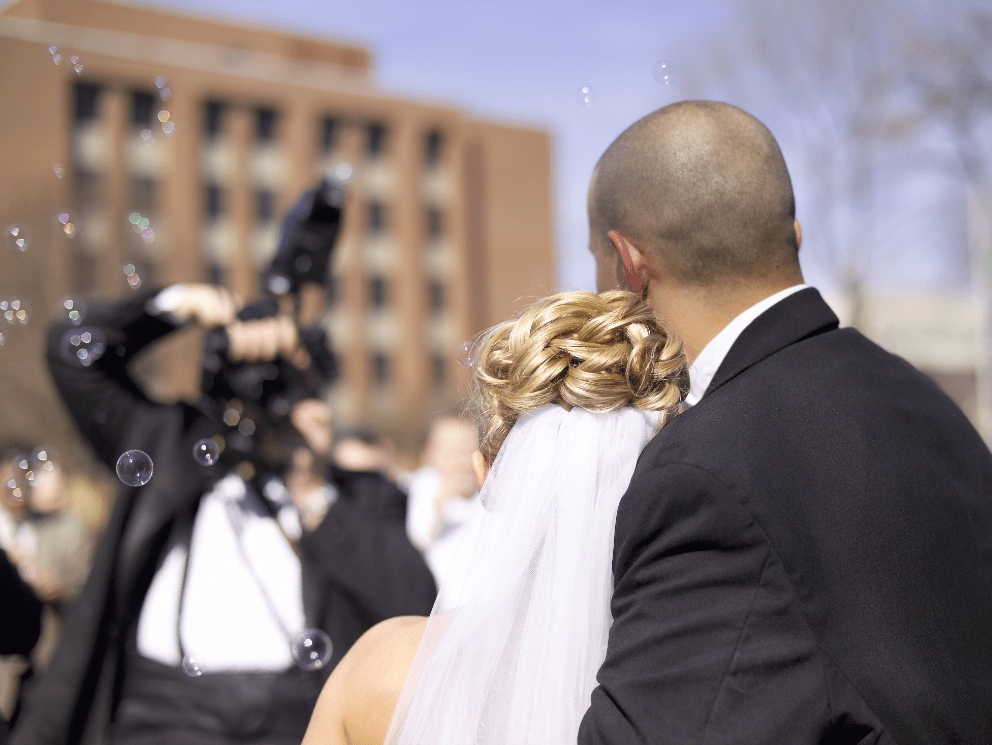 Things always seem to work in trends. When one person has a question, comment or rant on a a particular subject or niche, I get the in multiples within that same niche.

That’s the way its worked lately with the niche of wedding photography, and in today’s post I thought I would share a couple of comments I’ve received in the past week on wedding photography that really opened my eyes.  Take a look:

“This past weekend we shot a wedding in Seattle, and had a girl there with a Rebel shooting. I didn’t mind, in fact, I got her involved instead of her stuffing herself in a corner and avoiding eye contact with me at all costs (because she knew what she was doing was incredibly disrespectful.) But that all changed when I jumped on to facebook to upload some sneak peeks for the bride and groom, only to find pictures already up…..and logo’d…..with the name of her photography business.

And the bride and groom signed a contract stating we would be the only photographers at the wedding.

Half of me wants to send a legalistic letter saying take em down right now, or die a legal death. The other half wants to take this poor, misguided stay-at-home part-time photographer with a kit lens to the side and explain having a Rebel doesn’t make you a business. Snapping someone’s wedding doesn’t make you a photographer. And if you’re willing to put a shot that you snuck of the first look up on facebook that you took through a window with glare and reflections….then….well….I feel bad for you.
*rant ended*” ~Stephanie

Stephanie has every reason to rant. This completely gets into a legal issue of what’s right and wrong, and how far some people are willing to go.

The key point is the bride and groom signed a contract stating Stephanie would be the only photographer at the wedding. With that in hand, she has all she needs to carry forward, and should definitely do so.

The first thing I would do is to find out if the “photographer” is related in any way to the bride and groom. Was she just a friend shooting to get some prints ready for her own business, or did the bride and groom know she would be there shooting with that idea in mind?

If the bride and groom knew about it, you obviously have to tread a bit lighter. In this situation, simply remind the bride and groom of the contract they signed for you to be the exclusive photographer. Explain that you don’t mind friends and family there shooting a few photographs for their own use; but you must be the only one who credits the wedding as a professional, and uses the images in any way for public view and marketing.

Usually a simple reminder is enough. The bride and groom will talk with the “photographer”, and everything will be down and off the web in no time.

If the “photographer” is just a friend and the bride and groom had no idea what she was up to, that’s when the legal side of things kick in. Send her a cease and desist letter immediately, asking for all photographs from the wedding be taken off the Internet, and never used again in any capacity to market her business. Continue on up the chain, getting a lawyer involved and even filing a formal complaint if action isn’t taken in an appropriate way. Yes, it may take time, energy and money to make this happen, but from an ethical point of view its always important to make sure you protect what is yours, both business and copyright information.

I wouldn’t appeal to her personally – even if she is just inexperienced, a threat of a lawsuit should open up her eyes enough to start down a path of learning right from wrong in the business world. Because you are too close to the subject matter, have her approach someone else or learn the “rules” from another party instead of taking that on yourself.

“Well I have shot some of my friends weddings with my kodak camera and they allways end up happy with the results, specially since I’m free, I usually have a list of 6 to 8 pics that must be taken, next weekend I will get my 21st wedding and really don’t know what the fuss of hiring a “pro” photographer is, those guys just offer mirrors and smoke to steal peoples money” ~Amateur Photographer

Dear Amateur Photographer, all I can say is  Wow. I’m not even sure of what to say or where to begin, as I could talk for the rest of the year based on your comments. So lets just start by addressing specific things you had to say.

6 to 8 pics that must be taken? Wow, hopefully your brides won’t be crying some day when you’ve missed all of the perfect moments throughout the day. A true professional doesn’t need the list to know what images need to be taken, and what should be left to creativity.

Hopefully your lighting is spot on in the dressing room, outside, and in the darkest of reception halls.

Hopefully you know how to deal with the out of control mother in law, and the bride who ends up in tears because something didn’t turn out quite the way she expected it.

Hopefully Grandma doesn’t fall down when you have her walk outside for a photograph, and she ends up suing you and wiping you out because you have no business insurance.

Hopefully nothing happens to your one camera, and you’re left with nothing to shoot with as the bride walks down the aisle with her dad.

Hopefully you enjoy spending hours working again and again for free. It’s very difficult to replace your camera equipment for free. Its also increasingly difficult to give up all your free time to shoot weddings when you’re always doing it for free. Do you have a reason to improve at what you do? Probably not because free just isn’t that motivating. Yes, you probably care about your photographs, but if a few don’t turn out, oh well. You’re doing it for free. Professionals don’t have that luxury, so they are always improving, backing up, and looking for the best way to do everything to make sure it turns out the best possible.

Okay, that’s enough from me. Anyone else have some comments for Amateur?