Why You Should Strive To Be Unrecognizable In Five Years 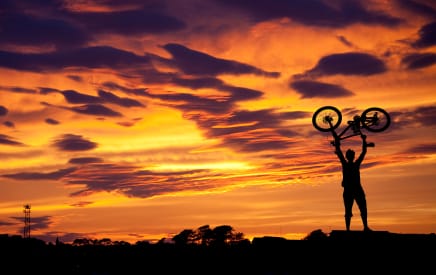 Take a few moments, sit back, and think back over your life. What have you done? Who have you been?

Hopefully you see some drastic differences along your path. (Okay, if you’re 15, it may be a bit harder to recognize yet.)

When I look back over my journey, I see many things.

The list could go on and on. Mainly because I’ve made big changes to my life, and never was comfortable with staying in one place. I’ve always been a student of change, and when things get a bit too comfortable, I throw in the towel and try something new.

Today I read an amazing article by Julien Smith – I’ve actually read it three times so far. I highly suggest you take a minute or two and read it too. He touches on so many things, and brought up so many ideas, I could go on for a long time.

But one of the main points that has really resonated with me, and I think ultimately had influence over his entire post was a simple thought:

He uses that phrase again and again throughout his posts, so I know he uses that as his “tagline” for life.

And the more I thought about it, the more I realize that I’ve used that mantra myself. So if I go backwards in time by five year increments, I can actually see dramatic changes made because I went on a search for something new.

For instance, five years ago was my quest for better health. Now I don’t do things in little ways. Nope. I decided to run a triathlon instead of starting out on a simple plan. Swim ½ mile in open water. Bike for 12 miles. Run for 3. Together, back to back.

And I did it. I wasn’t first – not by a long shot. But I wasn’t last either. I have my medal on my desk to prove it. I keep it there just to remind myself that I can do anything if I put my mind to it. It doesn’t have to be the best in the world – just my own personal best. If I strive for it, I have to follow through and do it to the best of my ability.

There were times throughout my journey that I wanted to give up. Getting up at 5:30 every morning to swim was hard. On the mornings I combined my swim with either biking or running was even harder. And the mornings I put all three together – well, lets just say I questioned my sanity more than once.

But through all of that, I gained a new inner confidence. I felt better. I loved that I was achieving a goal. And people around me began to cheer me on. I had my own little fan club the day of the race – yes, they were sitting on the sidelines as I ran by. What a feeling!

As you are going through your journey, it’s easy to stay where you are, and just accept what you already have in this life. But if you don’t create your own future, who will?

In Julien Smith’s post I mentioned above, he also linked over to Joseph Campbell’s steps in the Hero’s Journey. I loved the list, and actually see myself in that list on a project I’m working on now.

It’s so easy to get stuck along the way. Sometimes you hear the little voice that says “change”. Yet everything in your being is telling you to hold back; stay safe. You have responsibilities after all. Maybe you don’t have what it takes to run your own business. Maybe you are afraid of what others will think. In any case, you stop because you’re not willing to fight through the negatives, and move forward with what the little voice is telling you.

For me, I’ve reached the 7th step, the Supreme Ordeal, in a big project I’m working on to be released later this year. I’ve done a lot of planning, a lot of implementation, and I know this is my future path. But because it’s a big change – huge, in fact – the resistance is starting to set in. These tests are presenting themselves to see if I’ll turn back, or continue down this new path.

The description on the Supreme Ordeal is:

This is sometimes described as the person’s lowest point or darkest moment. The separation has been made between the old world and old self and the potential for a new world/self. By entering this stage, the person shows her/his willingness to make a change, to die and become a new person.

Scary. You have to show your willingness to “die” and become a new person. Put all fear aside, and be willing to change no matter what.

When you make that kind of change, things happen. You lose friends and associates. You lose familiar paths.

But what you gain is so much more. You gain new friends, new mentors, and new experiences. You gain a path that’s clearer than anything you’ve ever seen before. And you gain a new self-assurance that allows you to continue to move forward and grow.

Hopefully you see yourself somewhere in this post. Whether you are just starting to dream about opening up your own photography studio, or are successful and looking for ways to share your photography knowledge with others, you’ve reached a stage where its time to do something new.
What can you do to get where you want to go?

And what can you do to be unrecognizable in five years?