Love Your iPod, iPhone or iPad? Not With A Flash Website

A few weeks ago I raised quite the controversy with my blog post What’s Wrong With A Flash Website For A Photographer’s Business?

While I covered a lot of topics in that post, and added even more in the comment section, it seems there is now one more reason to think twice before you develop a Flash website. Well actually it may be three reasons: iPod, iPhone and iPad. 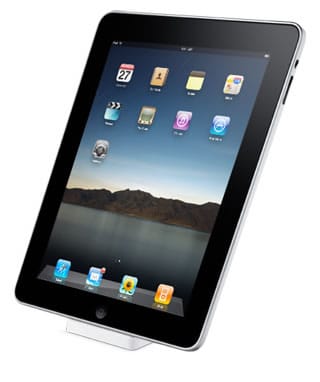 As a part of Apple’s technology, they decided to move forward with HTML5 instead of Adobe Flash. Many of the online video sources like YouTube and Vimeo are also banking on this newer, faster loading programming because it doesn’t require as much memory, and doesn’t crash near as often. And with Apple always being on top of easy-to-use and the most user-friendly way possible, this technology seems to fit the bill.

Now let’s look at the stats.

Yes, these stats are for all cell phones, and iPhone only makes up a small portion of it. But its clear the direction things are heading.

It’s been estimated that almost all Internet access will be via mobile devices by the year 2020. It’s quick. It’s flexible. And it’s instantaneous. If you’re sitting in a restaurant and an idea comes to mind, you can do your research right then and there.

Let’s say your prospect is sitting at a reception site talking with a wedding coordinator. They refer two photographers, one with a Flash site and one without. If this prospect is really excited, pulls out their iPad to check out their sites, they’ll be able to pull the one, and not the other. They may make an instantaneous decision to call the one, and not the other, especially if they are using an iPad, Netbook and iPhone as their main source of Internet connection.

Think of your customer first, and how you can make it easy for them to find you. What can you do to reach out to the general population? It’s not about you, it’s about them. It’s not about the coolest site ever, it’s about the best marketing ever. It’s about being there for your clients, ready to make contact when they are ready.