In honor of Photoshop’s 20th anniversary this month, I would like to share a few fun facts about why Photoshop is a photographer’s best friend, and how you can get the most out of using Photoshop. If you have any more tips or facts about Photoshop I’d love to hear them – please comment below. 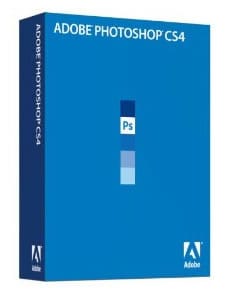 1. Photoshop was originally created by two brothers, Thomas and John Knoll. In 1987, Thomas began writing a program to display grayscale images on a monochrome display. Display, as it was originally called, caught the attention of his brother John, who recommended turning it into a full-fledged image editing program. Together they developed ImagePro, which was eventually bought by Adobe to create what we now know as Photoshop.

2. Adobe prefers people to use the term “photoshopping” when referring to photo editing to prevent its trademark from becoming generalized. Yet its never caught on as much as they had hoped, and today we regularly use “photoshop” as a verb.

3. The best place to learn all about Photoshop? The National Association of Photoshop Professionals of course. Scott Kelby is the president of NAPP, and knows more about Photoshop than just about anyone. He’s also in charge of putting together the Photoshop World Conference and Expo coming up March 24th in Orlando.

4. Want to learn even more about Photoshop? Stop by PhotoshopUserTV. Every week you’ll learn insider tips and tricks to becoming more efficient with Photoshop.

5. How many versions of Photoshop have there been? From Photoshop 1 through the current Photoshop CS4, there have been 11 major releases all together.

7. One of the funniest Photoshop channels on YouTube? You Suck At Photoshop is a Webby Award winning tutorial series by Donnie Hoyle. Do more than learn Photoshop – get involved in a soap opera as well.