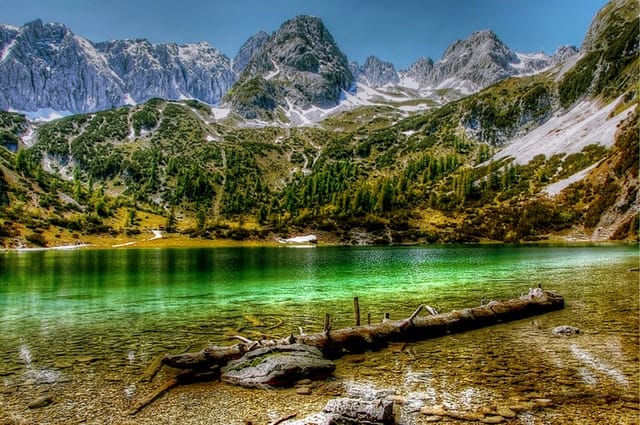 A rising artistic trend in digital photography is HDR imaging. Taking a highly contrast digital file and converging the levels into a wonderful artistic image.

In image processing, computer graphics, and photography, high dynamic range imaging (HDRI or just HDR) is a set of techniques that allows a greater dynamic range of luminances between light and dark areas of a scene than normal digital imaging techniques. The intention of HDRI is to accurately represent the wide range of intensity levels found in real scenes ranging from direct sunlight to shadows.

High dynamic range imaging was originally developed in the 1930s and 1940s by Charles Wyckoff. Wyckoff’s detailed pictures of nuclear explosions appeared on the cover of Life magazine in the mid 1940s. The process of tone mapping together with bracketed exposures of normal digital images, giving the end result a high, often exaggerated dynamic range, was first reported in 1993[1], and resulted in a mathematical theory of differently exposed pictures of the same subject matter that was published in 1995[2]. In 1997 this technique of combining several differently exposed images to produce a single HDR image was presented to the computer graphics community by Paul Debevec.

We have really found some incredible HDR images and wanted to share them.